Global warmingWe all know that ‘Global’ means ‘Earth’ and ‘Warming’ means warm. This makes it clear that Global warming This means an increase in the average temperature of the Earth. 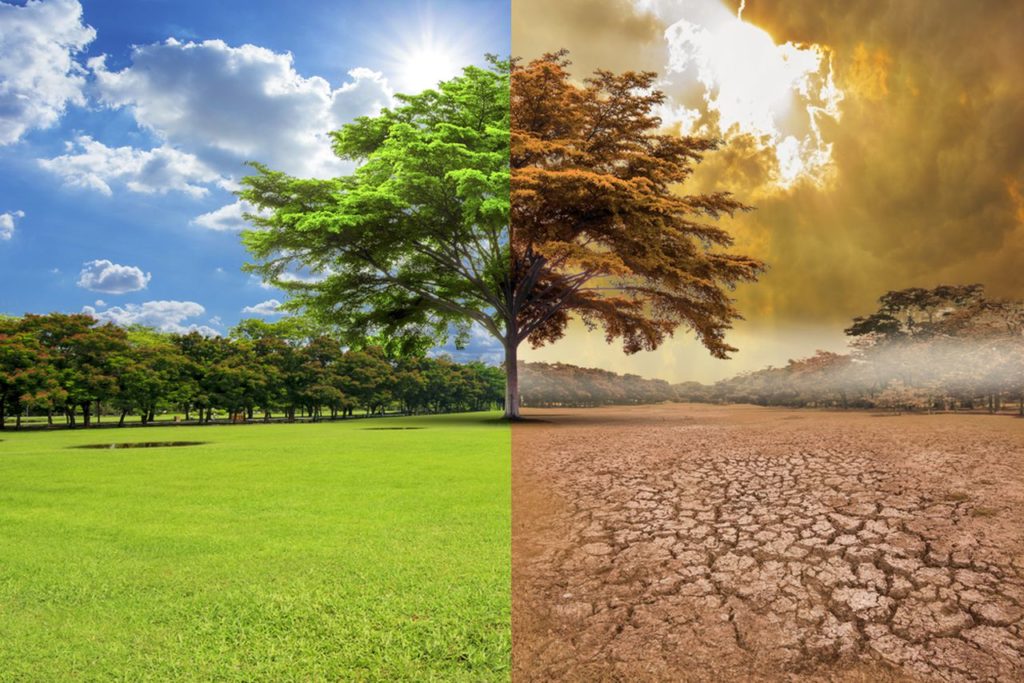 If the rate of this temperature increase is not controlled, then our earth will turn into a ball of fire. All the fauna, flora and fauna will be destroyed.

Essay on Global Warming, in Hindi.

Global warming has become a huge problem. Human beings had harmed the earth for their selfishness. Due to which the existence of the earth is slowly on the way to end.

We all know that the earth gets its heat from the sun’s rays. This rays received from the Sun, passing through the atmosphere, hit the surface of the Earth, then reflected again and returned.

Our Earth’s atmosphere is made up of many gases. In which many harmful gases have been included. All these gases together form a natural cover, that is, a kind of cover or level on the earth, so when the rays received from the sun hit the surface of the earth and return reflecting, then this cover stops it. Due to the sun’s rays not returning, it is heating the earth’s atmosphere.

Animals and plants on earth need a minimum temperature of 16 °C to survive. In such a situation, increasing the temperature of the earth is pushing this world towards destruction.

In today’s time, new technologies are being developed every day by man. Man has become so blind in his selfishness that he does not want to think about how much damage is being done to the environment due to these techniques of ours.

Human beings are playing with their earth every day. Due to these stupid acts, many problems are arising on the earth, among them global warming is a very big problem.

Global warming refers to the increase in the temperature of the earth and the change in the weather due to it. The result of this increase in the temperature of the earth is that the patterns of rain are changing, the ice deposited on the icebergs and glaciers has started melting, the sea level is increasing continuously and most of all human beings. He is facing many diseases.

Due to the increase in the amount of carbon dioxide in the environment, the temperature on the surface of the earth is increasing continuously, this is called global warming. This has become such a big problem for our country that it is necessary to solve it as soon as possible.

Human beings are developing such technologies every day which are harmful to our environment such as refrigerators, fire extinguishers etc. It destroys the ozone layer, the natural cover above the earth. This ozone layer prevents harmful ultraviolet rays from the sun from reaching the earth. Scientists say that there has been a huge hole or hole in this layer due to which ultraviolet rays are directly entering the earth and due to this the temperature is increasing continuously.

Many efforts are being made all over the world to deal with global warming but it is not yielding any good results because humans are not stopping using such things which harm the environment.

Due to global warming, the existence of animals, birds and plants seems to be ending. Due to the melting of glacier ice, the amount of sea water is increasing, due to which the sea surface is also increasing and as a result, a very large part of the earth will be submerged in water. Thousands of people will become homeless. The lives of animals, birds, humans and plants will be in danger.

To deal with global warming, we have to reduce the use of petrol-diesel, electricity. The use of such technology has to be stopped, which generates harmful gases, if we plant more and more trees, it will generate pure air in the earth, which can reduce the effect of global warming.

Apart from this, we also have to control our ever increasing population. Water conservation and air conservation measures have to be adopted. All those activities being done by humans have to be stopped, due to which the temperature of the earth is increasing.

If the ill effects of global warming are not taken care of in time, then this problem will take its formidable form. The result of which would probably be that the earth would have to end its existence.

It is necessary for man to come out of his selfishness and think about the improvement of this nature more than economic comfort. People have to be aware about tree plantation so that the amount of carbon dioxide and other toxic gases can be reduced in the atmosphere.

Floods, storms and many other disasters are increasing continuously on the earth and the reason behind all these is the blindness of man in the attachment of his selfishness.

It has nothing to do with the Earth’s atmosphere. As a result of this, today the earth is facing a problem like global warming.

Due to these dangers the existence of the earth will be in jeopardy.

The continuous increase in the temperature of the earth is a worldwide problem and we all have to come forward to solve this problem, this is the only solution by which the existence of the earth can be saved from ending.

To save the Earth from the biggest problem of the world, Global Warming, it is very important for us to know the right reasons for it. So let’s know in simple words Causes of Global Warming in Hindi? Global warming is becoming a matter of great concern, its consequences are so deadly that it will one day turn the earth into a ball of fire.

The temperature of the earth has now increased so much that controlling it is challenging but not impossible. Continuous efforts are being made by the government, agencies, NGOs etc. to reduce global warming. With the joint efforts of the public and the government, global warming can be stopped from increasing. Global warming is a very big problem created by man but only man can solve it. That’s all in this article of ours today. Hope you have got the answers of all the questions related to global warming in detail. How did you like our Global Warming Kya HaiGlobal Warming in Hindi Essay? Do tell us in the comment box and if you want to share any thoughts related to this article or our website Hindi help with us, then definitely tell that too in the comment box.