Today we will know through this article that GST Number Kaise Le? How to get GST Number? And what is its process? Ever since GST has been implemented from 1st July 2017, many shopkeepers, businessmen and people starting their own startup are needing to get GST number? But many people do not know how to get the GST number? 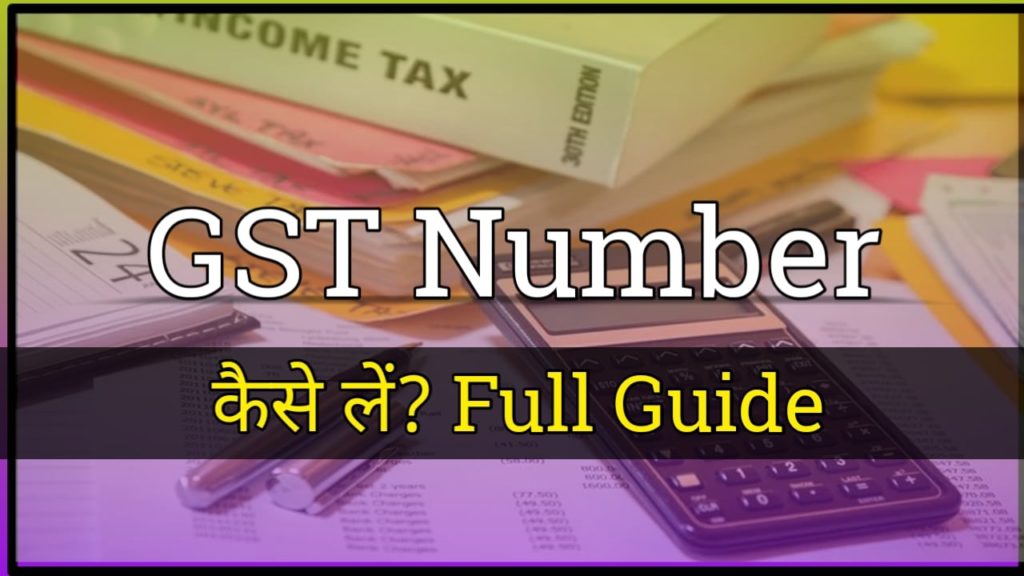 Through this article, we will tell you how to get GST number very easily? GST Number Kaise Le? What is its process? As you would know that earlier the tax structure used to be very complicated because earlier you had to pay service tax, VAT and excise duty.

But the Government of India has brought GST to eliminate this problem. Whose abbreviation is Goods and Services Tax, let’s know

This put a heavy burden on the consumer. To solve all these problems, the Government of India introduced the concept of GST. If the definition of GST is given in one word, then GST is a comprehensive tax on goods and services. It is a reform of indirect taxes. Under which the concept of one nation one tax and one market is realized. Various indirect taxes levied on goods and services have been subsumed into a single tax under GST.

In short, the main goal of GST is to eliminate economic barriers and establish a national common market by bringing uniformity in tax rates and procedures.

To get GST number, you must have legal documents like PAN card, Aadhar card as well as year electricity bill as well as hard copy of your house tax as well as the rented house in which you are living. Took office

How to get GST Number?

It is worth noting that you do not have to submit any fake documents to get the GST number. Otherwise the GST officer can also take action against you.

Why GST was needed?

(1) Cascading effect was created because of tax on tax. This not only increased the cost of production but also caused inflation.

(2) Different tax regimes existed in different states, as a result of which Integrated National Market could not be established.

(5) Central VAT and State VAT were not used for each other’s liability, which required more capital for production.

(6) Due to the complex tax system in India, the Indian tax system could not harmonize at the international level, as a result of which foreign investors were discouraged.

What are the features of GST?

(4) Alcohol for human consumption is kept out of GST.

(5) GST on petroleum products shall come into force from such date as may be recommended by the GST Council.

(6) The rates of GST shall be determined by the GST Council.

(7) Compensation of potential loss due to GST to different states will be done by the Central Government by paying 100% compensation for the next 5 years. The revenue for 2015-16 will be made the basis for giving compensation.

Consumers will get the following benefits from GST.

What profit will the trader get?

What will be the benefit to the economy?

What are the benefits to the tax system?

What is GST Council?

It is a constitutional body. It is headed by the Union Finance Minister. And the finance ministers of all the states and union territories participate as members. In the council, the vote of the central government is one-third and that of the states is two-third in India and the council takes its decision by a three-fourth majority.

What are the functions of GST Council?

What is GST Network?

Technology will be used for implementation of GST. Therefore, the GST Network was established as the infrastructure for this. This organization will arrange the necessary information and technology for GST.

And with the help of this, taxpayers will be able to pay their liability in digital format. It is a non-government and non-profit organization, in which at present the share of central government, state government and private sector is 24 percent and 25 percent and six percent respectively. The aim of GST is not only to simplify the compliance process but also to facilitate the tax regime.

GST Portal has been developed by GSTN Institution through which taxpayers will be able to pay their tax liability in a time bound manner and at the same time GSTN provides the facility of registration to the taxpayer. It is a central portal to calculate IGST.

What is the constitutional provision related to GST?

(2) The definition of services is given in sub-section 26A of article 366.

(3) Article 246 Clause a has been written that Parliament and every State Legislature are empowered to make rules related to GST, although only Parliament will have the power to make rules on the inter-state supply of goods and services.

(4) It is written in Article 269 (A) that the Central Government shall have the right to levy and collect IGST etc. on the inter-state supply of goods and services and it shall be divided between the Center and the States on the basis of the recommendation of the GST Council.

(5) According to Article 270, the amount collected by the Center under GST shall be divided between the States. Which will be divided on the recommendation of the Finance Commission.

(6) Article 279(A) states that the GST Council shall be constituted by the President within 60 days of the commencement of the GST Act.

How are you expected to get the GST number? GST Number Kaise Le? How to get GST Number? You will definitely like the article. If you like this article, then share this article with your friends in WhatsApp group on Facebook page.

It is a humble request to all of you, please share this article as much as possible. And also highlight the flaws in the article along with it.

Friends! We hope that today’s article proved to be important for you. You can tell us your thoughts related to this article with the help of comments. These 10 Websites Give Free Hosting For Blog India Ka Full Form – What is the full form of India in Hindi. – Hindi Help

How to Convert Text to Voice Robot Voice Like Google