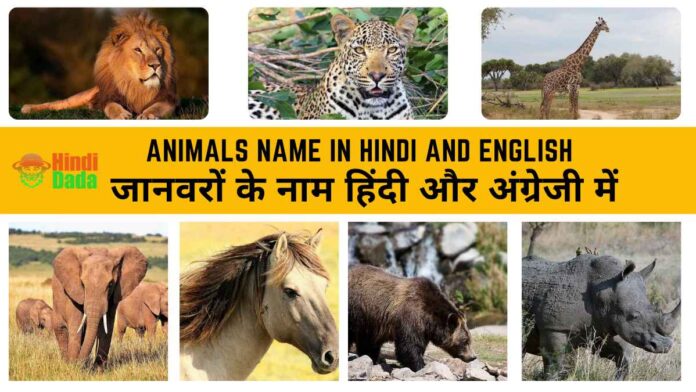 Animals Name in Hindi and English With Photo 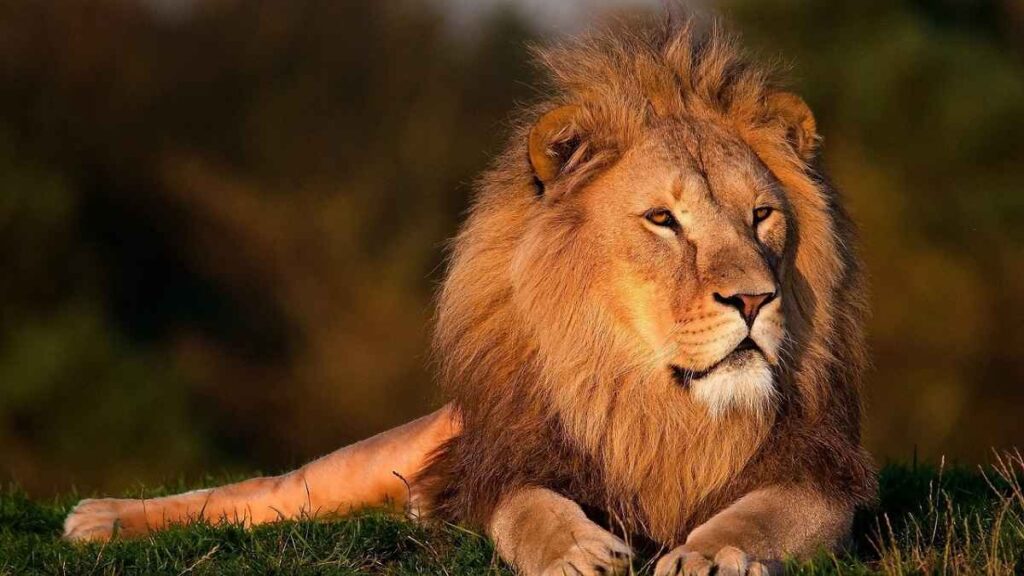 The lion is the king of the jungle, which is called a lion, it is one of the species of the Panthera family of big cats. The second largest cat in this lineage is the tiger. A male lion weighs more than about 250 kg. At present, lions are found in the forests of Asia, Sub-Saharan, and Africa. The number of lions is decreasing day by day, out of which some remaining lions are present in Northwest India. Let us tell you, the function of a male lion is to protect the family, while a female lion hunts. The running speed of a lion is 50 kilometers per hour. 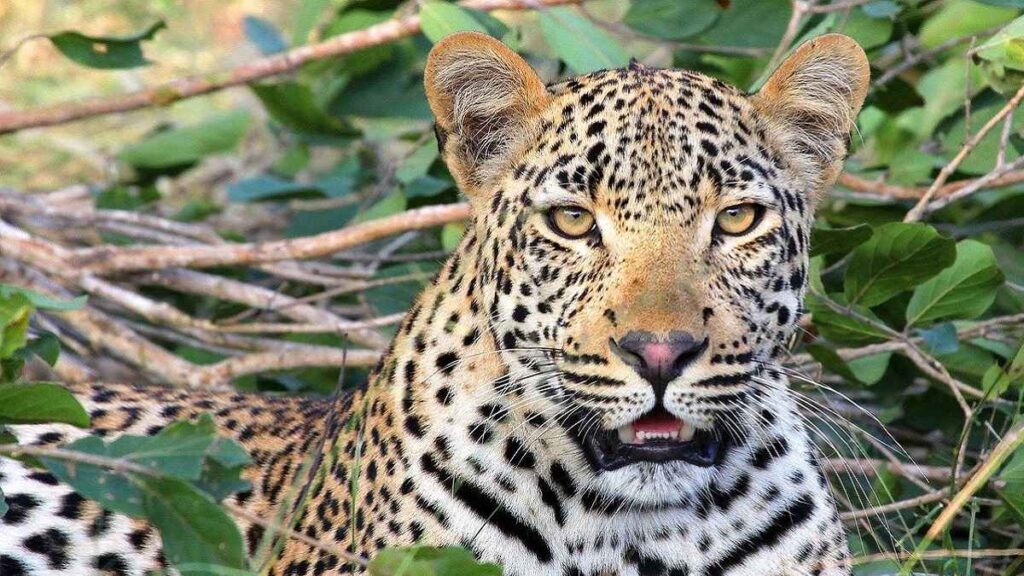 Cheetah is a carnivorous animal, which is related to the cat family. It is popular for its amazing agility and speed. It is the only animal in this species whose claws are never closed. Due to which its grip remains weak compared to other animals. Due to weak grip, it is unable to climb the tree, however due to its agility, it climbs on some low branches or branches of the tree. The cheetah is the fastest animal among the land animals. Which catches the speed of up to 103 kilometers in just 3 seconds. Which is more than a super car. 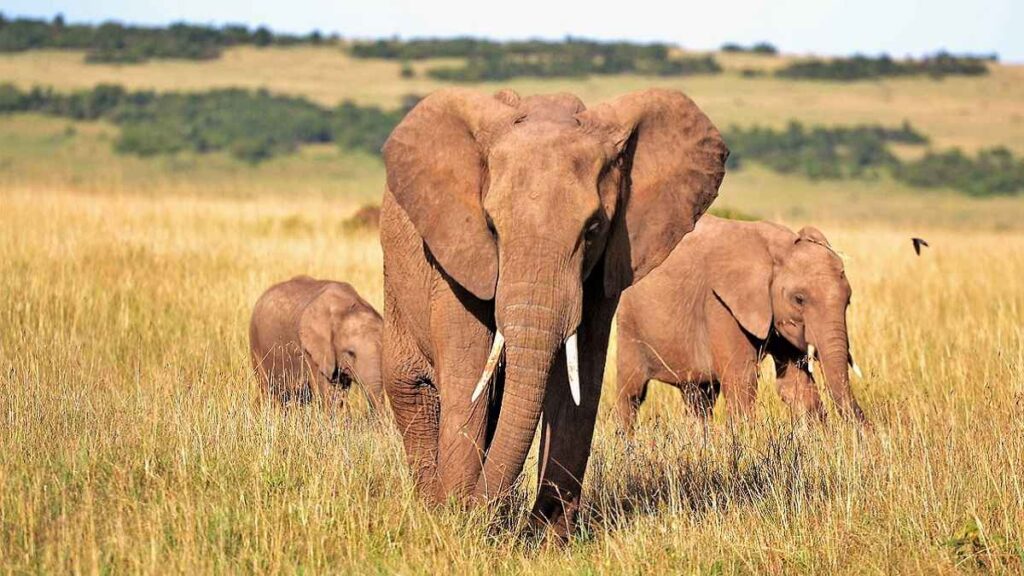 Elephant is the largest animal living on land. Apart from this, it is the largest mammal living on land. Elephant is an animal of Elephantidae family and Proboscidea family. Currently, only two species exist in the Elephantidae family, which includes Elephas and Loxodonta. The third species in this was the mammoth, which is now extinct. The gestation period of an elephant is 22 months, which is the longest among all land animals. Elephant baby weighs about 104 kg at birth. Its lifespan is around 50 to 70 years. According to some research, the maximum age of elephant has been recorded at 82 years. 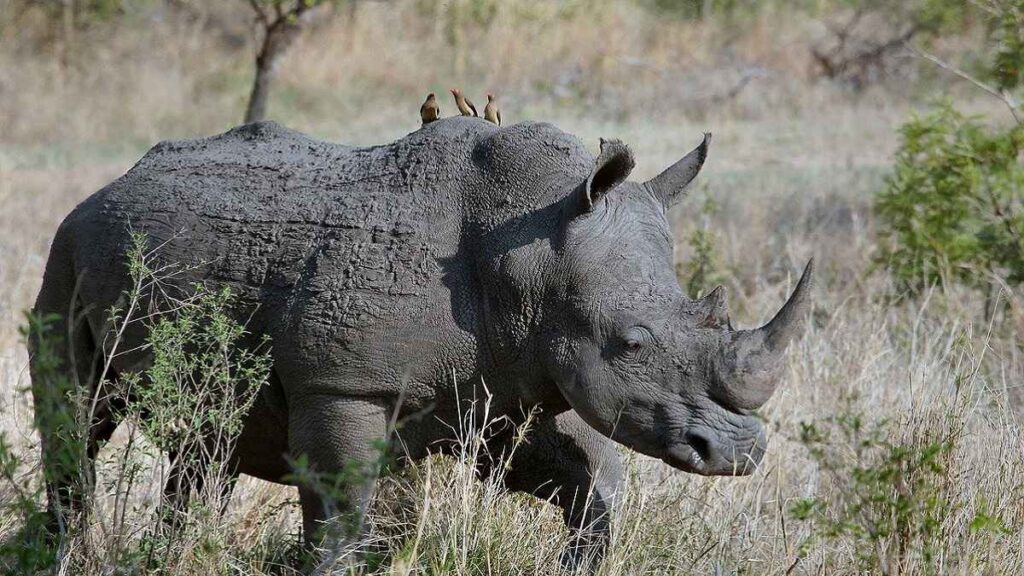 The unicorn is the second largest mammal after the elephant. Whose weight is about 2 to 2.5 tons. According to scientists, such an estimate unicorn has been present on our earth for the last 50 million years. A total of 5 species of rhinoceros are found, out of which 3 species are present in Asia, and 2 species are present in Africa. Whose names are as follows – Indian rhinoceros, white rhinoceros, black rhinoceros, Javan rhinoceros, and Sumatran rhinoceros. Let us tell you, the white unicorn present in these species is found in Africa, but its color is light brown. Most of the rhinos in India are found in Kaziranga National Park in Assam. Apart from this, Indian rhinoceros is also found in many countries like Nepal, Pakistan, Burma etc. A rhinoceros has a horn, which is a bunch of rhinoceros hair, which is very strong. It comes back when the horn is broken. 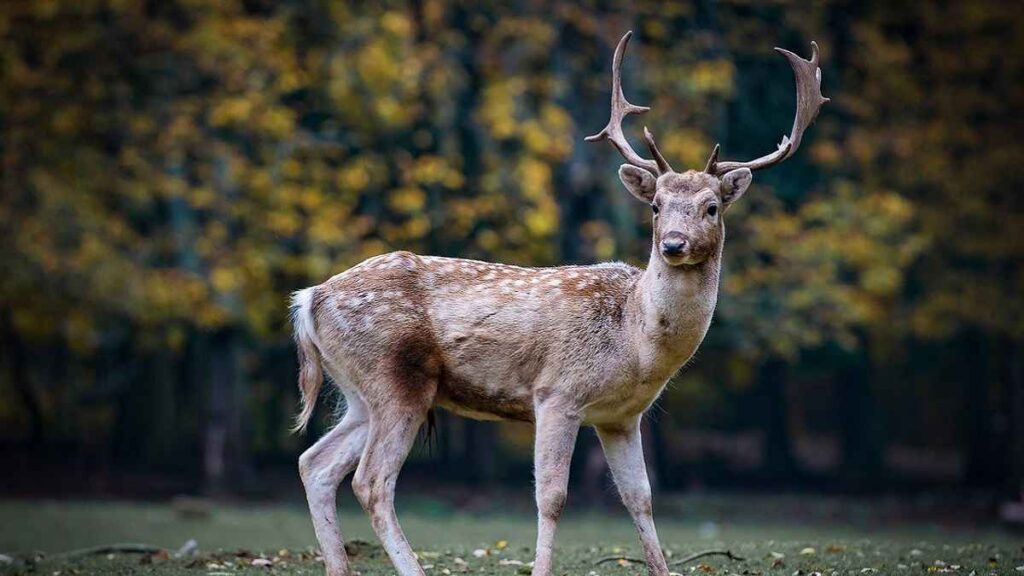 Deer is a mammal. Which is found in all countries of the world except India, (except Antarctica and Australia) it usually prefers to live in grasslands. Deer’s eyes are very beautiful. The horns of the deer are very beautiful. The horns are only of male deer, these horns are very strong. There are round spots of light brown color on the body of the deer. Deer can see more with its eyes than other animals, deer can see up to 300 degrees with its eyes. Deer are pure herbivores, which eat grass and small plants as food. 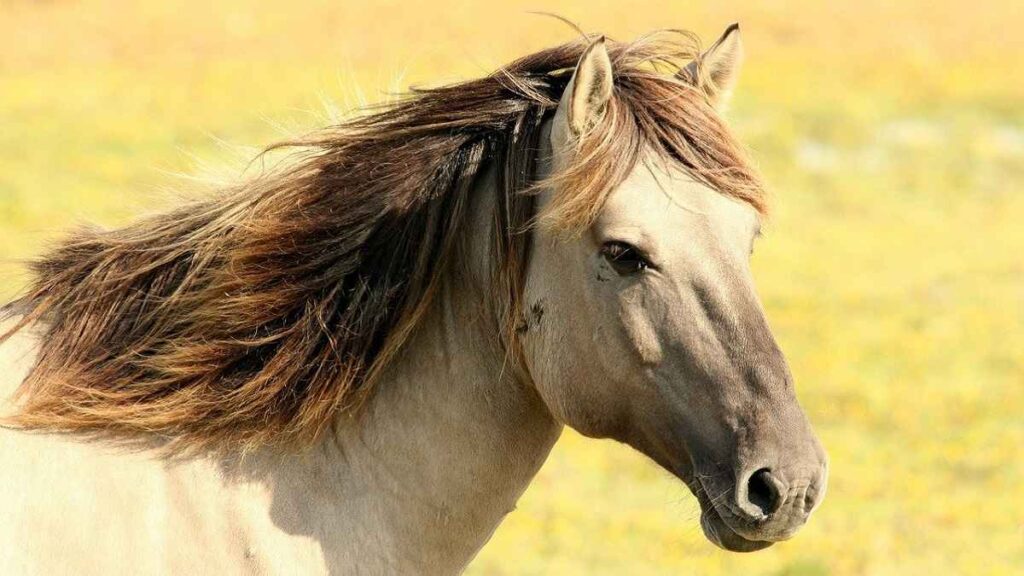 Horse is a pet animal, which is more loyal than other animals. The horse was the first animal to be domesticated. Horses have been used as a means of transport since ancient times. There are many breeds of horse, the best of which is considered to be the Arabian. Apart from Arabian, African, and Asian horses are also excellent. A horse can see up to 360 degrees with its eyes, but a horse is unable to focus on anything like humans. A male horse’s jaw is larger than its brain, a male horse has 40 teeth, and a female horse has 36 teeth. Horse is a herbivorous animal, which eats only grass, gram and grains. 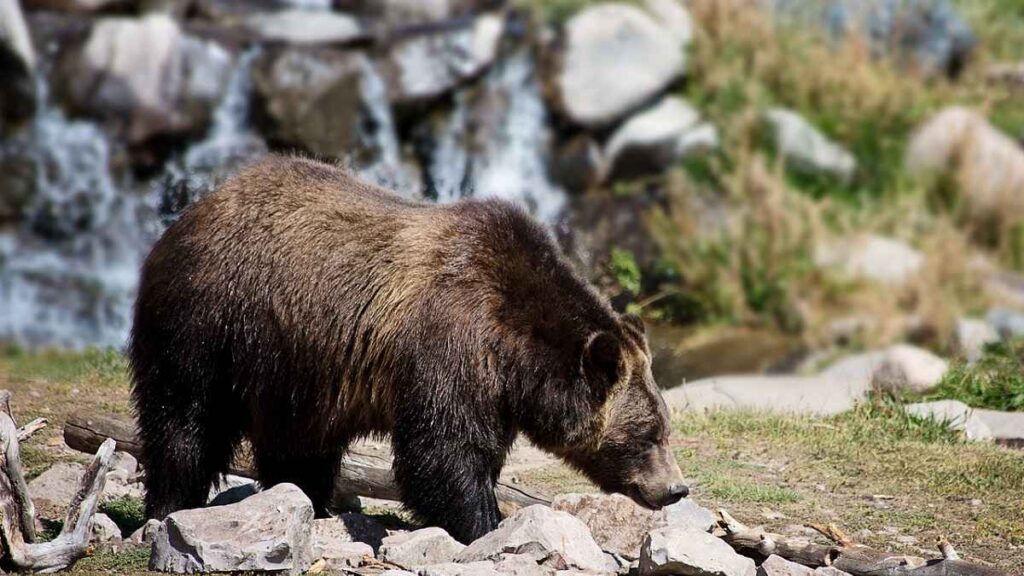 Bear is also known as bear, its scientific name is Ursidae. Bear is a mammalian animal of the carnivorous group. The bear is found in all parts of the world, with a total of eight known species. Which is found in the continents of Europe, Asia, North America and South America. All bear species are similar in appearance, having thick legs and arms, and large body, long nose, thick hair all over the body, and strong nails. Generally, the six species of bear are omnivores, which eat both meat and vegetation, of which the polar bear eats meat and fish, and the big panda, eats only bamboo leaves. Bears make their homes in caves and large pits in the ground. 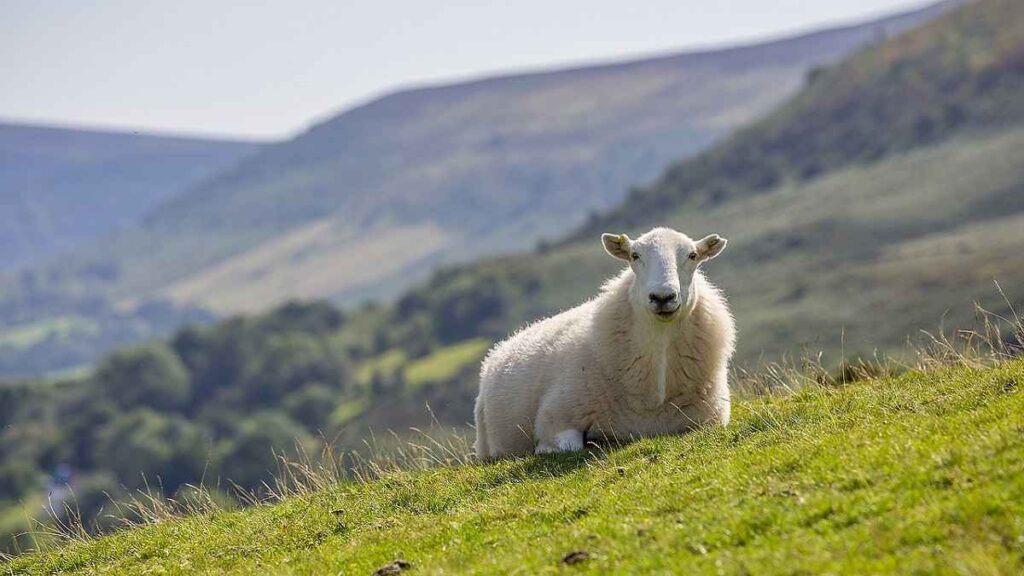 Sheep have been living among humans since time immemorial. Man has been rearing sheep since ancient times. Sheep are used for wool, meat, and ghee. Ayurvedic medicines are made from sheep’s ghee. Which is very beneficial in some diseases. Also, sheep graze on such grasses, which are unfit for agriculture. Lambs are called lambs. 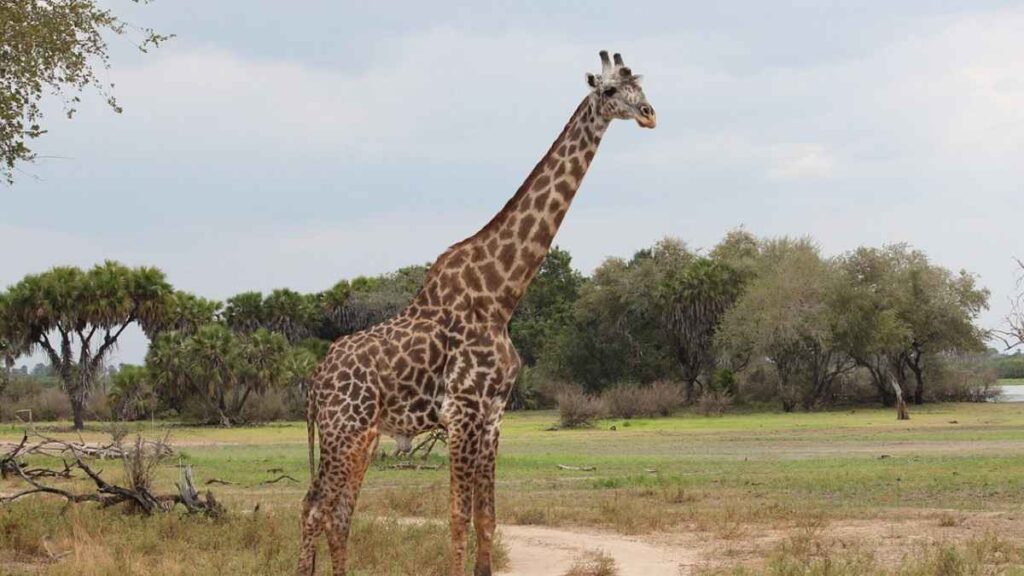 Giraffe is the tallest animal in the world, which is found in the jungles of Africa. Giraffe is a herbivorous animal. Which eats its food by chewing it. Its scientific name is Giraffa camelopardelis, so named because the sika mouth is like that of a camel, and the skin has a leopard-like color. The giraffe is usually 5 to 6 meters high, with the male giraffe weighing 1200 kg and the female up to 730 kg. The giraffe is able to lift 1000 thousand kg of its body weight due to the mechanical stress of its legs and bones. 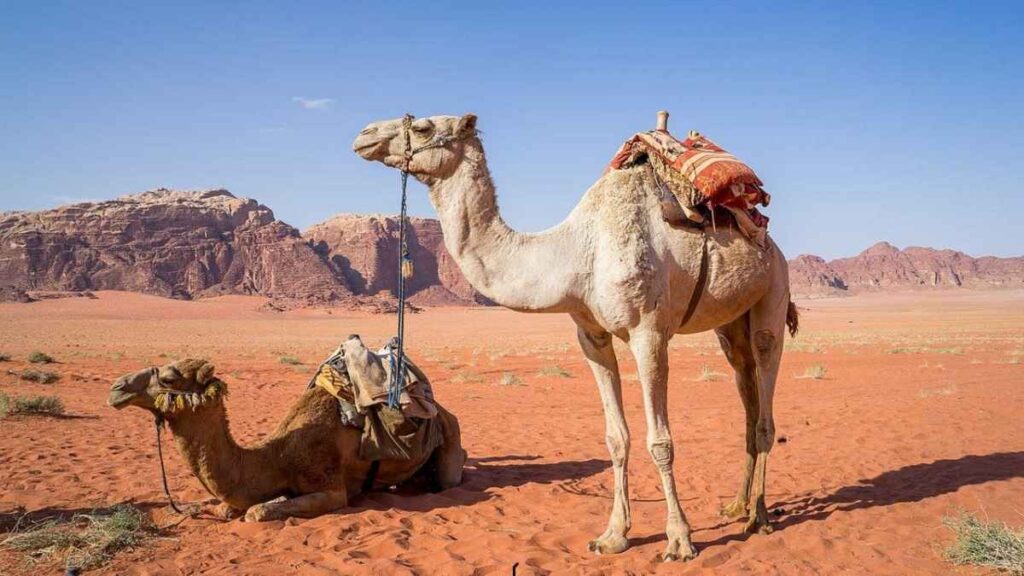 Camel is an animal found in the desert, which belongs to Camulus genus. Usually a humpbacked camel is mostly seen. A camel with one hump is Arabian, apart from this there is also a camel with two humps, which is called Bactrian camel. The Arabian camel lives in the dry deserts of Western Asia, while the Bactrian camel lives in Central and East Asia, the Bactrian camel is native to Central and East Asia as well. You must have been asked a question at some time or the other, that what is called the ship of the desert? The ship of the desert is called a camel. A camel can walk in the hot desert regions for 21 days without drinking water. It is used to carry goods and rides in the desert. What is eSIM, what is the difference between Micro SIM and eSIM?