today you will know that How to Check Net Balance of Airtel Sim If you are an airtel user and you want to find out the 4G net balance present in your number, then this post can prove to be very helpful for you. Airtel is the largest telecom company in India which has the largest number of users in India. In the past, like the rest of the telecom company, the price of Airtel’s data pack was also very high. But since the launch of Jio, almost all the telecom companies have had to reduce the price of their data balance because Jio had previously provided free internet, due to which many users have joined with Jio and later also. Jio has provided internet packs very cheaply.

To compete with Jio, like other telecom companies, Airtel has also had to reduce the price of its data pack. Internet users of India have benefited a lot in the battle of Jio and other telecom companies like Airtel, Idea, Vodafone, BSNL. Because in earlier times when Net Balance used to be expensive then people used to think 10 times before using net but today net has become so cheap that people are ending 1 GB in a day. Its full credit goes to Jio Telecom Company, which has made internet so cheap in India that people are taking the help of internet in every work today. It is a matter of telecom companies, today we are going to tell you about how to see the net balance of Airtel, so let’s know.

In another way, you have to download the official app of Airtel, My Airtel, if you are an Android user, then you will find this app in the Playstore. If you are an airtel user then you should keep its official app installed in your mobile because with this you can not only know the balance present in your mobile but you can also recharge with the help of this app when the data or main balance is exhausted. Huh.

how to check net balance of airtel sim with ussd code

If you want to check the data balance of 2G, then for this you have to dial *123*10# from the dialpad of your mobile. This code works on almost all the states of India, however now very few people use 2G data because all the users have shifted to 3G and 4G due to cheap net. Due to this the use of 2G internet has become negligible.

Airtel users can dial *121# to know about the main balance, as soon as dialing this USSD code, a message will come in your mobile screen in which your main balance information will be present.

How to Check Net Balance of Airtel Sim from the App

If you are an airtel user and are going to use it even further, then you should install the app named My Airtel Thanks in your smartphone. Today, almost all telecom companies have launched their official apps for balance information and recharge, with the help of which the user can recharge his mobile number along with checking the balance. 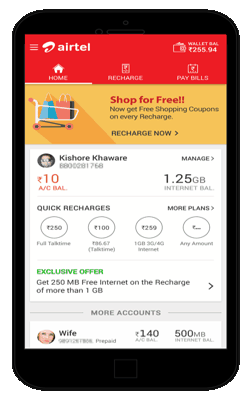 Another way to see net balance in Airtel is the app of this company, when you open this app after installing, first of all you have to verify your number in it. When you enter your airtel number in it, an OTP will be sent to the mobile, which will be verified by writing in this app. After this, in the homepage, you will get to know the balance present in this number.

so now you know that How to Check Net Balance of Airtel Sim Here we have told you about two major methods which will be easy for you to understand. If you do not have a smartphone then you can take the help of ussd code. This app is available for both Android and Apple operating systems. How to Convert Text to Voice Robot Voice Like Google